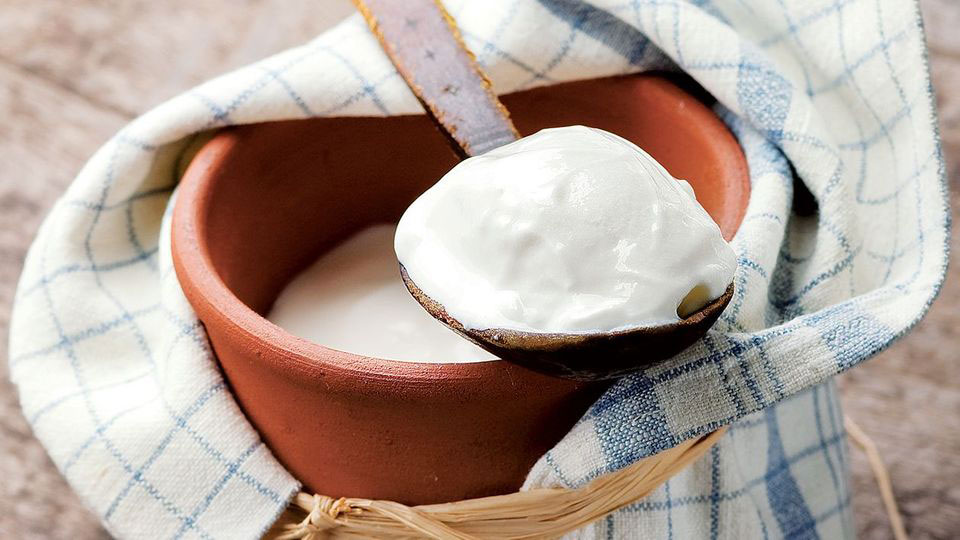 In 1907 a Nobel prize-winning Russian scientist Ilya Metchnikoff discovered that deep in the Rhodope Mountains of southern Bulgaria exists a population of centenarians. Their secret? The daily consumption of the probiotic elixir of Bulgarian yogurt!

It all started in 1905, when a young Bulgarian scientist, Dr. Stamen Grigorov peered through his microscope at the frenzy of bacteria that appeared within the yogurt smeared on his petri dish.

The discovery of this bacteria led Ilya Metchnikoff make the conclusion that this bacillus of fermentation has a beneficial effect on the microbial flora of the colon by reducing toxic microbial activity and so concluded that the secret of the longevity of Bulgarians lies in the daily consumption of yogurt. That’s how Ilya Metchnikoff became the founder of the concept of probiotics. Thanks to the discovery of Dr. Stamen Grigorov, today we can proudly say that Bulgaria is the homeland of the first probiotic.

Ilya Metchnikoff 's Etudes on Human Nature (Etudes on Human Nature 1903) and Etudes on Optimism (Etudes on Optimism 1907), published by the Louis Pasteur Institute in Paris, place nutritional, dietary and medicinal properties on a strictly scientific basis of Bulgarian yogurt. In them I. Metchnikoff considers the issues of human aging. After research, he found that the proteins in the colon rot, resulting in toxic amines that are harmful to humans. Once absorbed by the body they cause changes in the tissues of the arterial walls. As a result, senile changes occur in people, leading to excessively early death. Metchnikoff believed that the harmful effects of putrefactive microorganisms can be eliminated by permanent settlement of lactobacilli in the intestinal tract and so recommended Bulgarian yogurt. According to him, this product not only stops the putrefactive processes in the intestines, but also contains other substances with beneficial effects on humans. Ilya Metchnikoff collected data on 36 countries and found that the most centenarians are in Bulgaria - four per 1,000 people. He did research and found that most centenarians were shepherds who ate yogurt regularly. Also, he was the first to lay a strict scientific basis for the nutritional, dietary and medicinal properties of Bulgarian yogurt and draw the attention of the world community to it.

Today the science of probiotics gives new evidence for the useful role and beneficial effect of the unique Bulgarian starters from Lactobacillus delbrueckii subsp. bulgaricus and Streptococcus thermophilus. In general, our findings point to the fact that yogurt prepared from Bulgarian naturally selected strains in its unique symbiosis have made possible the production of a natural functional food with invaluable benefits to our health. With their unique biological activity, they turn yogurt into a natural regulator of intestinal functions. Regular intake of this product has a beneficial effect on the basic functions of the intestine - the proper functioning of the intestinal barrier by cross-linking the most important processes necessary to maintain epithelial homeostasis, leaking nutrients and limiting the penetration of toxins, procarcinogens and pathogens.

Many milk-based products can be prepared with the help of Lactobacillus delbrueckii subsp.  bulgaricus and Streptococcus thermophilus. The unique thing about Bulgarian sourdoughs is their symbiotic connection, which originated in nature. The nature of Bulgaria with its ecologically clean regions and centuries-old tradition in the production and consumption of fermentation dairy products has created conditions unique in its useful qualities good bacteria to unite and build starters for the most healthy yogurt.
© 2022 NOVIOTIC  |  Privacy Policy  |  Legal  |  Website by Polymedia